Below is guidance from the Diocese of Brooklyn to parishes and parishioners about the coronavirus. We have implemented all of the precautionary measures recommended below at St. Charles Borromeo. Please also see Fr. Smith’s message about the other steps being taken at our parish.

1. Ask yourself how are you feeling? Use common sense, if you are not feeling well you should not come to Mass. If you are genuinely sick you are not obligated to participate in the Sunday Celebration of Mass. You should stay home and rest so as not to risk getting yourself even sicker or spreading germs to others in their church. If you are sick you also should not go out to a mall or movie theatre.
2. Wash your hands. Health care professionals are consistent persistent that washing one’s hands is the best practice during flu season as well as this period of concern about the Novel Corona Virus.
Wash your hands often with soap and water for at least 20 seconds, especially after going to the bathroom; before eating; and after blowing your nose, coughing, or sneezing.
If soap and water are not readily available, use an alcohol-based hand sanitizer with at least 60% alcohol. Always wash hands with soap and water if hands are visibly dirty. END_OF_DOCUMENT_TOKEN_TO_BE_REPLACED 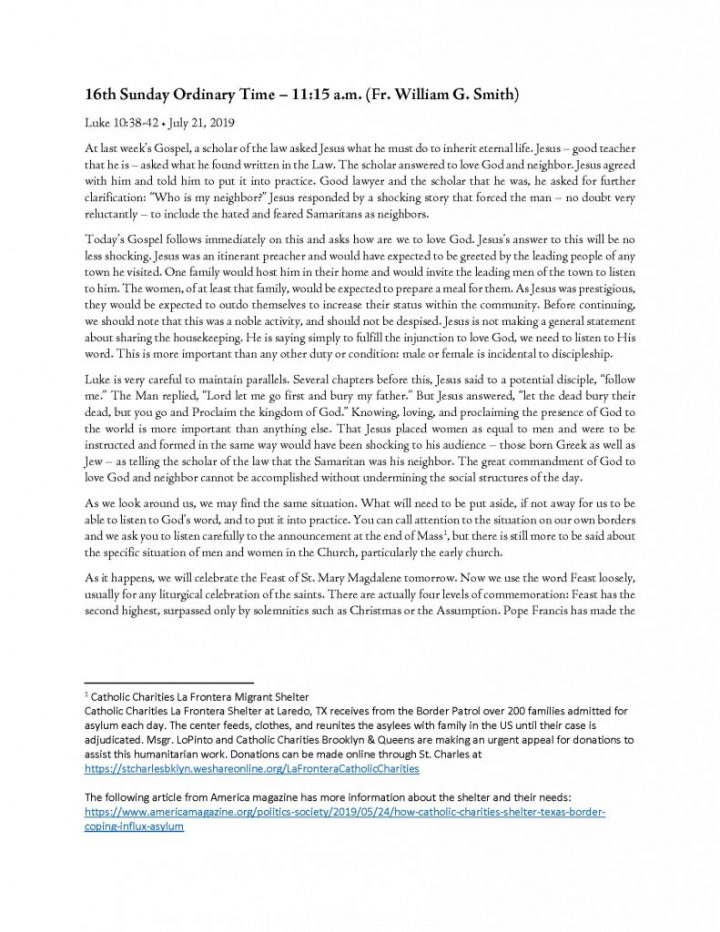 As the parish’s year-end gift to you, we have compiled 6 remarkable homilies from this year from all three of our priests. This study of the Gospel of Luke provides vignettes of Catholic faith life in today’s world.

We hope this will be enriching and thought-provoking as we enter a new year and a new decade. PDF: St. Charles Brooklyn Homilies 2019 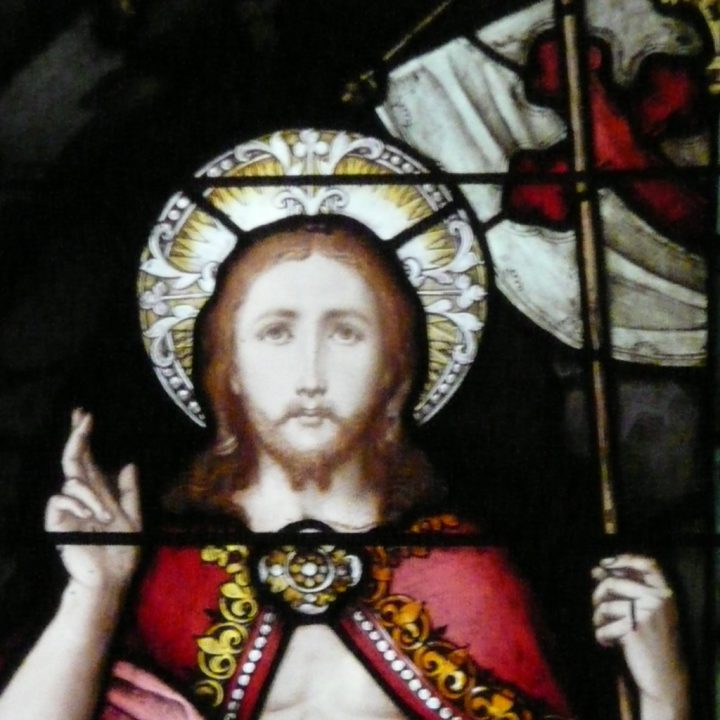 Last week, the Spirit sent Peter and the Apostles back into the streets to perform signs and wonders. The effect was powerful and immediate. Miracles were accomplished and many were added to the church. This did not go unnoticed by the authorities. In the section of Acts which immediately follows the incident and precedes the section we read today (Acts 5 17-26), the party of the chief priest (Sadducees) have the Apostles arrested and put in jail. END_OF_DOCUMENT_TOKEN_TO_BE_REPLACED 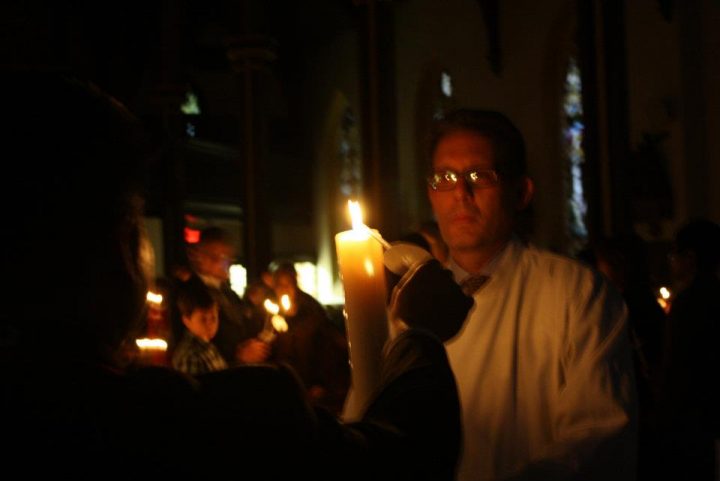 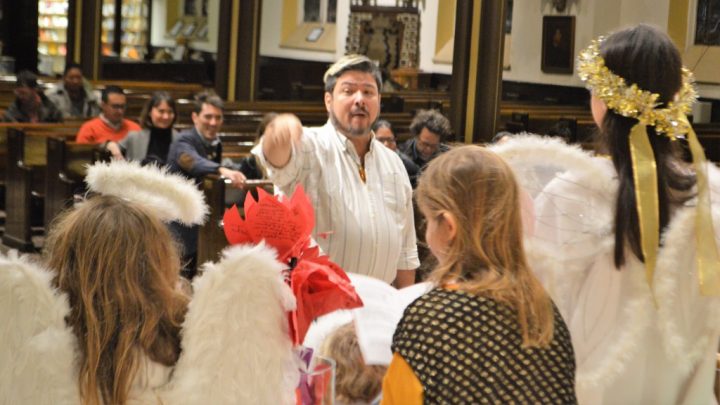 Beatitudes for Politicians from Pope Francis

They were actually proposed by the late Vietnamese Cardinal François-Xavier Nguyễn Vãn Thuận, who spent 13 years in a Communist prison, nine in solitary confinement.

Thank you all for your support and donations last weekend for our Meet & Greets. At the 11:15 AM Mass, the Family Faith students performed the Nativity Pageant at the Gospel. Cantor Ulises Solano (photo above) led the children in song. Young adults from St. Vincent’s Services were our special guests. We will have an encore presentation of the Nativity Pageant at the 5 PM Mass on Monday, 12/24. 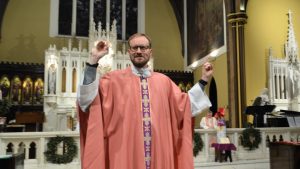 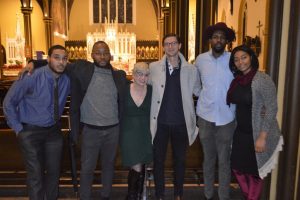 We read this week from the prophet Micah. He was a younger contemporary of the first Isaiah and reflected his concerns about Justice and society. (737-696BC).  Unlike Isaiah he was from a small town and was particularly enraged about the exploitation of small farmers. Although, his words were written down after his death the “book” was edited several times to show its relevance to contemporary society. Let us look at what would have been so special and pertinent about his message.

The Assyrian empire was at its most ruthless and cruel during this time, but his emphasis was on the sins of his own people:

For the crime of Jacob all this comes to pass,

and for the sins of the house of Israel.

What is the crime of Jacob? Is it not Samaria?

And what is the sin of the house of Judah?

Is it not Jerusalem? Micah 1:5

His attention is on the elite in Jerusalem.

1 Woe to those who plan iniquity,

and work out evil on their couches;

In the morning light they accomplish it

when it lies within their power.

2 They covet fields, and seize them;

houses, and they take them;

They cheat an owner of his house,

These are people who do not work the land but own it. Micah believes that the land was obtained illegally or at least immorally.  This is not only an individual sin but against the entire community, Jews, like Catholics, believe that they are connected to God by being part of his people. They believed as well that He gave this land to Jewish families and that their connection to Him would be through this land. Speculators and others who took this land were not only guilty of theft, but of breaking God’s relationship with his people, one family at a time.

Micah saw how dangerous this was and was he first to prophesize that it would end with the destruction of Jerusalem. These lines follow immediately after the denunciation of the rich found above:

Behold, I am planning against this race an evil

from which you shall not withdraw your necks;

Nor shall you walk with head high,

for it will be a time of evil.

4 On that day a satire shall be sung over you,

and there shall be a plaintive chant:

“Our ruin is complete,

our fields are portioned out among our captors,

The fields of my people are measured out,

and no one can get them back!”

Many scholars believe that he thought this would happen in his lifetime. As we noted the Assyrian Empire was at its most aggressive. They had already destroyed the Northern Kingdom of Israel in 721 and attached Judah (Jerusalem) in 701. That attack was called off by the Assyrians and Jerusalem was spared. A hundred years later when Jerusalem was being attacked by Babylon, these verses were retooled for that occasion.

This was seen as more than merely updating but a clearer revelation of God’s will.  The next section presumes exile and return:

1 In days to come

the mount of the LORD’S house

Shall be established higher than the mountains;

it shall rise high above the hills,

And peoples shall stream to it:

2 Many nations shall come, and say,

“Come, let us climb the mount of the LORD,

to the house of the God of Jacob,

That he may instruct us in his ways,

that we may walk in his paths.”

For from Zion shall go forth instruction,

and the word of the LORD from Jerusalem. Micah 4:1–2

Because of their faithfulness they will be able to share their way of life with other people including the law and worship. Also, as we have seen before this will be without the traditional leadership.

Hear this, you rulers of the house of Jacob … who abhor justice and pervert all equity, who build Zion with blood and Jerusalem with wrong!… because of you Zion shall be plowed as a field; Jerusalem shall become a heap of ruins” (Mic 3:9–10, 12)

I will gather the lame,

And I will assemble the outcasts,

and those whom I have afflicted.

7 I will make of the lame a remnant,

and of those driven far off a strong nation;

And the LORD shall be king over them on Mount Zion,

The section that we read today brings many of these themes together:

too small to be among the clans of Judah,

From you shall come forth for me

one who is to be ruler in Israel;

Whose origin is from of old,

Ephrathah is the ancient name for the area around Bethlehem. It is miles outside of Jerusalem, and is rural and not contaminated by the sins of the city. It is the town of King David. Micah is telling the Jews that to prosper, they must go back to the beginning of the reign of King David and start all over again.

Therefore the Lord will give them up, until the time

when she who is to give birth has borne,

And the rest of his brethren shall return

to the children of Israel. Micah 5:2

It will literally require a rebirth. This resembles Isaiah’s famous lines:

14 Therefore the Lord himself will give you this sign: the virgin shall be with child, and bear a son, and shall name him Immanuel. Isaiah 7:14 .

Yet note the difference. The Message is the same: injustice and idolatry has forced God to begin again, but Isaiah is a man of the city talking to a king. This is court politics. Micah is a man of the provinces and speaks as an outsider.

This reminds us of the thought of Pope Francis. There is always a tension between the center and the peripheries. There must be both, but progress comes from the outside in – from those who the “system” or the establishment are not serving. We see the effects of globalization in our world and gentrification in our own community. Like Isaiah, we know that it has mixed and problematic consequences but at second hand. Micah knew the social and indeed religious effects as well as the financial of the activities of the rich and prosperous of his day and his prophesies were more powerful for it. We need the testimony of those in our own time and community who experience the negative aspects of expansion as well as the reports and analyses of those who will experience the benefits. The former may be the truly prophetic. Let us take the most famous lines of the book of Micah to ourselves:

and what the LORD requires of you:

Only to do right and to love goodness,

4/10 Reconciliation Monday
3:00 pm – 8:00 p.m. Opportunity for confession will be available in churches throughout the metropolitan area and at St. Charles.

St. Charles will be open and will hold Mass at our usual times on Sunday – 9 AM, 11:15 AM and 7 PM. Please consider your personal safety in travelling to and from the church.

If you are physically capable, we need your help in shoveling snow and spreading salt around the church tomorrow morning. Fr. Ed will be at the church with shovels and supplies.