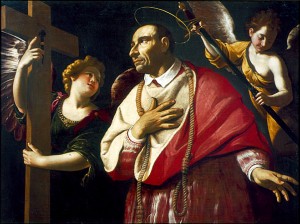 St. Charles Borromeo (1538-1584)  was Archbishop of Milan and a Cardinal, as well as Papal Secretary of State under Pope Pius IV. He was one of the drafters of the first Catechism of the Catholic Church, was a leader of the Catholic Reformation, and was an innovator of religious education, especially for children – establishing what is commonly now known as “Sunday School”. He performed many works of charity and ministered to the sick during a serious outbreak of bubonic plague.

St. Charles Borromeo is the patron saint of learning and the arts. His feast day is on November 4. 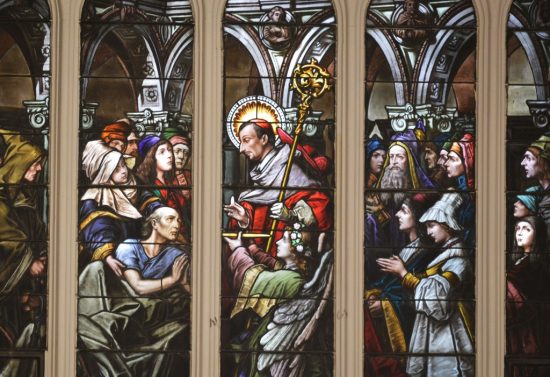 Our central stained glass window depicts St. Charles tending to the people of Milan when a plague struck in 1576. He decided to stay to help when the civil authorities and nobles abandoned the city.

For more information about our patron saint, visit his bio on Catholic.org .