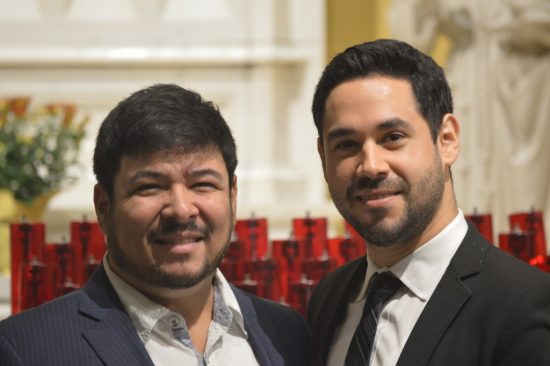 Sergio Sandí was born in Limón, Costa Rica. Mr. Sandí began piano studies with Dr. Alexandr Sklioutovski and M. M. Ludmila Melzer at the Superior Institute of Arts in Costa Rica from 1998 until 2003.

In 2003, Mr. Sandí emigrated to the United Stated to attend the Manhattan School of Music, institution from which he obtained his bachelors and masters degree and is currently working on his doctor of musical arts degree, under the guidance of Professor Arkady Aronov. He has also been studying privately with renowned pianist and pedagogue Seymour Bernstein for the past several years.

During his career he has participated in numerous concerts, recitals and other presentations at Costa Rica’s principal venues, and also in the Unites States, Italy, France, Lithuania, and Guatemala. Throughout his year of study Mr. Sandí has participated in several master classes with distinguished artists such as György Sandor, Martin Canin, Miriam Conti, Garrick Ohlsson, and Ana Maria Trenchi Botazzi. Among his many awards, Mr. Sandi was given the Costa Rican National Prize in Music as best solo performer, the highest award given by the Costa Rican Ministry of Culture.

Born in Costa Rica, lyric tenor Ulises Solano is one of the most versatile musical artists of our time. His singing has been described as ardent, passionate and clarion tenor coupled with an array of color and poignancy. Equally comfortable in traditional and modern musical idioms, Ulises has sung a wide range of repertory in many different languages. His singing career has taken him to Venezuela, most of Central America, Hungary, Austria, the Philippines and many cities in the United States. He has established a private voice studio and teaches music in two schools in the Bronx, while continuing to pursue creative research along with international singing activities. Mr. Solano is also a poet, arranger, educator and conductor.