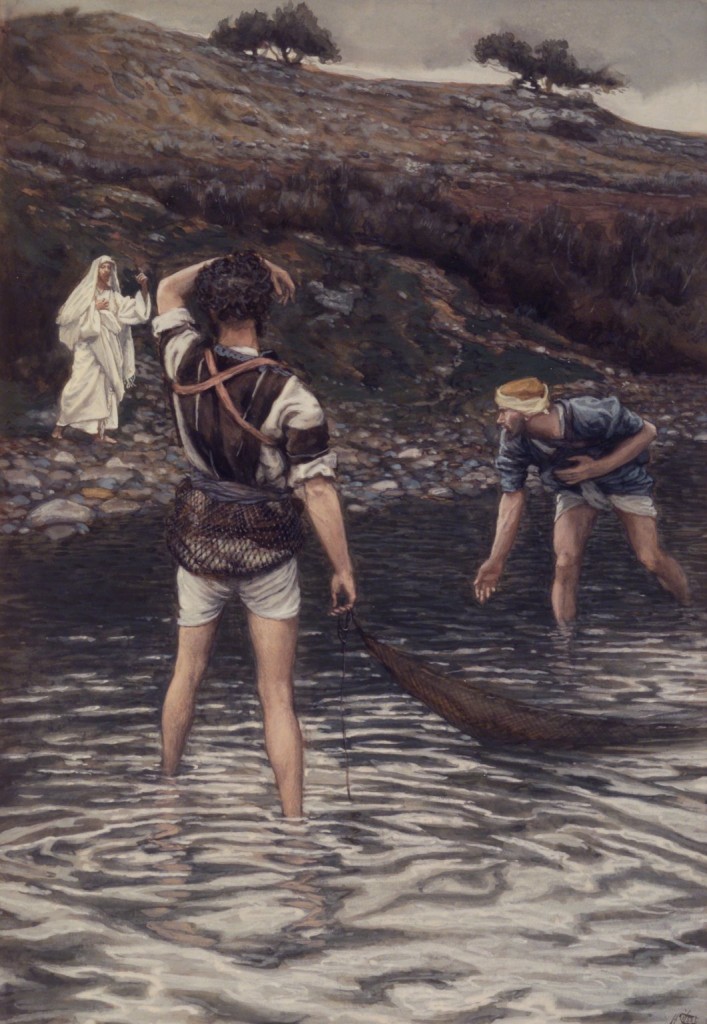 Today’s passage from Isaiah responds to a dangerous time in Jewish history and Isaiah will give us considerable information about it. Yet because of this very identification with a very specific time and place, it reveals the universal and timeless nature of the LORD’S power in history and provides a few very practical observations for us today.

First, Where Are the People?

The distress referred to at the beginning of the passage (Is. 8:23) is the enslavement of part of the Northern Kingdom “Zebulun and Naphtali” by the Assyrians around 731 BC. This process will be completed with the total destruction of Israel in 721 BC. Isaiah is writing from the Southern Kingdom (Judah) and is concerned not only about the Assyrian aggression but the effects of “cultural imperialism.” As we saw several weeks ago, King Ahaz, the reigning monarch, made a treaty with the Assyrians. Its high cost and openness to pagan worship caused serious disruption to the Jewish people. Only a change in leadership could avert disaster.

Second, What Do They Want?

They wish a king who will fulfill the role envisioned for him in their tradition. This is well before any possibility of a distinction between civil and religious leadership and the most important thing about a king is that he has been “anointed”: chosen and empowered by the LORD.

Such a leader will be a light to the people:

The people who walked in darkness
have seen a great light;
Upon those who dwelt in the land of gloom
a light has shone.
(Is. 9:1)

Ancient people understood darkness in a way we do not. Before effective lighting, the winter in particular must have seemed endless and being led in or rather out of this deep darkness was the sign of a capable leader. The deportation of many of their neighbors to the north and their fear of the same would certainly count as darkness.

The next image is even more striking:

You have brought them abundant joy
and great rejoicing,
As they rejoice before you as at the harvest,
as men make merry when dividing spoils.
(Is. 9:2)

We need always to remember that ancient peoples were often hungry. Not necessarily starving, but the harvest meant that the food was fresh and abundant.

The next image is about military victory but a very special one:

For the yoke that burdened them,
the pole on their shoulder,
And the rod of their taskmaster
you have smashed, as on the day of Midian.
(Is. 9:3)

There were many military successes in the history of the Jews. A victory of Moses or David would have been a more obvious choice, but the victory of Gideon over the Midianites was chosen very carefully and is more appropriate.

Gideon was a judge who lived around 1150 BC. As we have seen, a judge was not principally a juridical figure but a charismatic leader who was called to raise an intertribal army. Gideon was known for his modesty and his piety. He would not take command until he received several signs from the LORD that he was chosen by Him. Then although he was facing the large and disciplined Midian army, he reduced his numbers to only 300 men and dismissed the rest. His victory may be found in the book of Judges (6:34-8:21). It is meant to show that, unlike Ahaz who put his trust in a treaty with the pagan Assyrians and led the people to ruin, Gideon put his trust in the LORD and was victorious.

The new king must do the same. Although our selection for the week ends here, the passage continues:

For every boot that tramped in battle,
every cloak rolled in blood,
will be burned as fuel for flames.
(Is. 9:4)

This is a call to peace, a prominent theme in Isaiah. Let us recall two passages:

He shall judge between the nations,
and set terms for many peoples.
They shall beat their swords into plowshares
and their spears into pruning hooks
One nation shall not raise the sword against another,
nor shall they train for war again
(Is. 2:4)

Then the wolf shall be a guest of the lamb,
and the leopard shall lie down with the young goat;
The calf and the young lion shall browse together,
with a little child to guide them
(Is. 11:6) (although the entirety of Chapter 11 is important)

Third: How Will They Get It?

The king will be the fulfillment of every promise made by the LORD to his people. The next line reads:

For a child is born to us, a son is given us;
upon his shoulder dominion rests.
They name him Wonder-Counselor, God-Hero,
Father-Forever, Prince of Peace
(Is. 9:5)

As we see throughout Isaiah, what is more important than any natural abilities is the king’s acceptance of God’s aid and strength. Note as before the emphasis on a child. Docility to God’s will, not military skill, marks the true leader.

This is part of the understanding of kingship and some of these images may reflect the prayers and ceremonies of the coronation liturgy. A key element of this liturgy was the adoption of the king as son of the LORD. Many Psalms were composed for this, two prominent examples are:

You love justice and hate wrongdoing;
therefore God, your God, has anointed you
with the oil of gladness above your fellow kings
(Ps. 45:8)

Isaiah was most likely writing about King Hezekiah who succeeded Ahaz. He would prove a devout monarch and attempted to return to true and robust worship. He did not however unify the tribes or bring universal peace. It is unlikely that a person as perceptive as Isaiah would not have realized this in advance.

The concept of the Messiah—the anointed one—took centuries to reach full clarity but we can see its outlines here with Isaiah in the 8th century BC. Although he knew it would be in the future, he understood that the Messiah would be of the line of David, would restore the “lost tribes”, and would bring Peace.

Many blessings and miracles were given to the Jewish people after the time of First Isaiah in the 8th century BC. We have read about many of them. The return of the people to Jerusalem from exile in Babylon and the Maccabean rebellion centuries later are just the most prominent. The people rejoiced but did not acclaim a messiah. They knew that no one who arose, however great, fit the description.

The majority of Jews of his day did not acclaim Jesus the Messiah. I am amazed that so many did. Looking back in hindsight, I can see how Jesus fulfilled the requirements but I doubt I would have realized this at the time. The Gospel for this week gives a hint as to what did work.

An important lesson, however, is that when Jews have been deluded into believing that the Messiah had come, it was always because they became seduced by a desire for political and military power. (The Bar Kokhba rebellion is the best example: https://en.wikipedia.org/wiki/Bar_Kokhba_revolt.)

The results are tragic and predictable. If that is true for the Jews who still seek the Messiah, how much more for us who have been found by him? As we continue to endure this presidential election year with its endless horrors, let us keep this in mind. We are made for more than anything anyone other than Jesus can provide. Accept no substitutes. As the Psalmist sings:

Put no trust in princes,
in children of Adam powerless to save
Who breathing his last, returns to the earth;
that day all his planning comes to nothing
(Ps. 146:3–4)