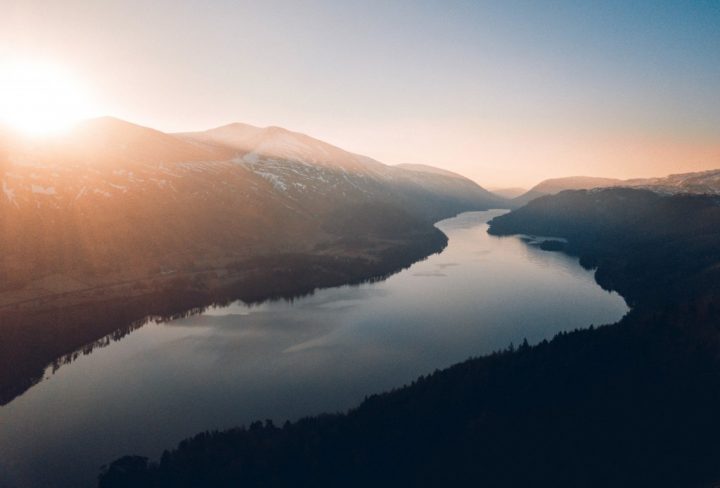 Photo by Jack Anstey on Unsplash

In our introduction to the Letter to the Romans, we noted that this was Paul on his best behavior. He speaks to the Romans in a calm and measured tone. He needs the Roman church and knows that he does. He had also grown as a person and an evangelist. In earlier letters, he would speak without recognizing the religious and social condition of the people to whom he was speaking. The letters to the Corinthians are beautiful and we are grateful to have them, but they were written because of problems of Paul’s own making. Although the Corinthians were his spiritual children, he did not consider that most were not Jews and did not understand the subtleties of Jewish law. For Paul, to be freed from the law meant to be able to eat pork, but for some of the Corinthians, it meant that you could marry your sister.

By the time he writes to the Romans he has obtained far greater self-understanding. He has realized that his faith is not based on law or tradition but on his own personal—indeed we might say mystical—experience of the risen Jesus. That experience can only be understood in the light of being a Jew, but his religious beliefs are guided by this encounter. This would always be difficult to communicate but especially so with a new religion. If he shares this with the early church in Rome he knows he must be clear and careful.

In the section immediately before today’s Paul writes:

The law entered in so that transgression might increase but,
where sin increased, grace overflowed all the more,
so that, as sin reigned in death, grace also might reign
through justification for eternal life
through Jesus Christ our Lord.
(Rom. 5:20–21)

This is the theme we saw last week. It may seem to us that sin constantly increases and overwhelms the world, but Paul’s experience of the risen Lord is such that he knows that that Jesus’ presence, his grace, is always greater and more powerful than sin. Remember the sin of which Paul speaks is not breaking a law but a powerful force that is in opposition to God.

Early Paul would have been satisfied that this corresponded to his experience and proceeded to the next point. This Paul knows that this will be misunderstood so he continues:

What then shall we say?
Shall we persist in sin that grace may abound?
Of course not!
(Rom 6:1)

His reasoning again is based on his experience which he urges the Romans to discover in their lives:

We must choose between God and Sin, order or disorder. Paul will ask the Romans to think about what happened to them in Baptism. As we read today:

He craftily begins this section with “Or are you unaware.” He is asking them to pay attention to what happened in Baptism. The Roman church was very Jewish. They would have known a “washing” ceremony for those who wished to become Jews. It was a sign of spiritual holiness allowing entrance into the community. Paul is telling them that Baptism is far more and that and we can experience new life now.

We were indeed buried with him through baptism into death,
so that, just as Christ was raised from the dead
by the glory of the Father,
we too might live in newness of life.
(Rom. 6:4)

This death binds us to Jesus and allows us to share here and now Jesus’ life. Paul knows that there is what we will call heaven, but he is telling the Romans and us that new life has already begun for those who are baptized.

Paul knows as well that there is a cosmic dimension to this. Sin is an active power in the world, it is a kingdom to which we can by our own participation in evil join. When we join ourselves to Jesus, we accept his kingdom. This is such a change that death is the best expression for it, but it is a death in which we choose life. Jesus’s resurrection only needs to occur once to destroy the kingdom of sin and death. He does not have to do it again. Because of this the obstacles to a Christian life are removed for everyone who follows in the here and now so that we can like him “live for God.”

We need however to realize that this as part of his body, the church. This is Paul’s constant theme. He writes to the Corinthians:

For in the one Spirit we were all baptized into one body—
Jews or Greeks, slaves or free—
and we were all made to drink of one Spirit.
(1 Cor. 12:13)

We are “in” Christ that identification is what give us this new life. This is literally a new way of being human now and an invitation to a future life beyond our comprehension. Quoting from Isaiah, Paul writes:

“What eye has not seen, and ear has not heard,
and what has not entered the human heart,
what God has prepared for those who love him.
(1 Cor. 2:9)

The danger that Paul wishes the Romans to avoid is to see religion only as morality. He is not a libertine; he believes that we must adhere to a strict moral code. But that does not save us. It only shows that we are grateful to God for sending us Jesus. It will not give us new life here, much less eternal bliss later. Every generation must determine how to live a moral life without being either puffed up by pride and/or often finding Jesus and our tradition unnecessary.

A modern version of this is “Moralistic Therapeutic Deism” It was coined by two researchers over a decade ago after interviewing many American teenagers. As per https://www.gotquestions.org/Moralistic-Therapeutic-Deism.html, its characteristics are:

This is held even by people who consider themselves Christians. There is no need for the Bible much less Jesus. Paul might also have predicted that morality without a relationship with the living God eventually leads to cruelty. We can add the rise of “cancel culture” among Millennials to a rather long list of examples from history of the most moral being the least charitable.

Paul would have given them the same answer he gave the Romans: religion can help us flourish as human beings only if it is centered on a real relationship with Jesus.